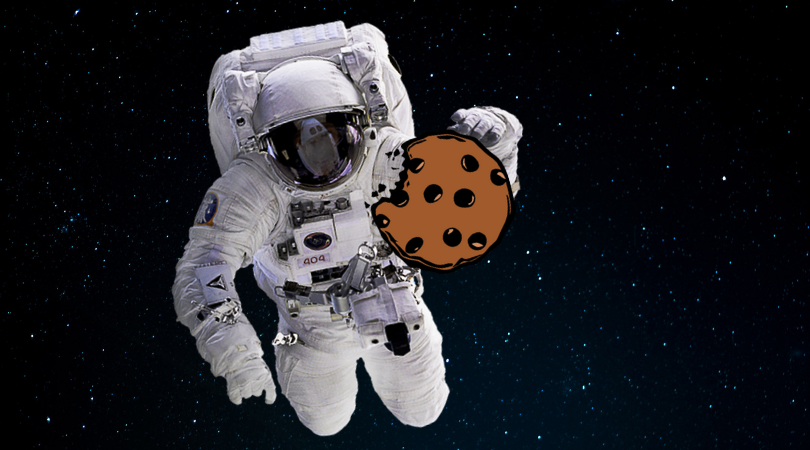 On November 2nd, a Zero G oven was sent to the International Space Station along with a bunch of other important supplies aboard the Cygnus spacecraft.

What Exactly Is A Zero-G Oven?

According to the creators, Zero G Kitchen, it’s “an oven designed to freshly prepare small food items, such as rolls, cookies, patties, pockets and other basic foods for longer duration space travel.” The oven works to bake items in zero gravity.

Before we discuss more about the amazing new zero-g oven, let’s cover a few questions that might come up, like:

How does an oven work?

A conventional oven works by heading up the inside from a heat source located at the bed of the oven. The hot air rises and fills up the oven and cooks the food.

Why does hot air rise?

Now it’s all starting to come together. So, last question:

Does hot air rise in space?

Since the sinking of cool air and subsequent rising of hot air is caused by density, gravity, and buoyant forces, no. There’s not going to be that gravitational pull on the more dense cool air. Without that falling of cold air, there’s going to be no buoyant force pushing up the hot air.

Why We Need A Space Oven

The introduction of the space oven is an effort to introduce alternative food options to astronauts. Currently, the food eaten by astronauts is shipped to the ISS and is dehydrated so that there’s no need to refrigerate anything (no refrigerator in space).

The oven will eliminate the need for gravity, or the hot-air-rises method used in traditional ovens. Much like toaster oven, says Zero G Kitchen, the Zero G Oven will use “heating elements [that] are placed such that a sufficient pocket of heat is created around the food sample.”