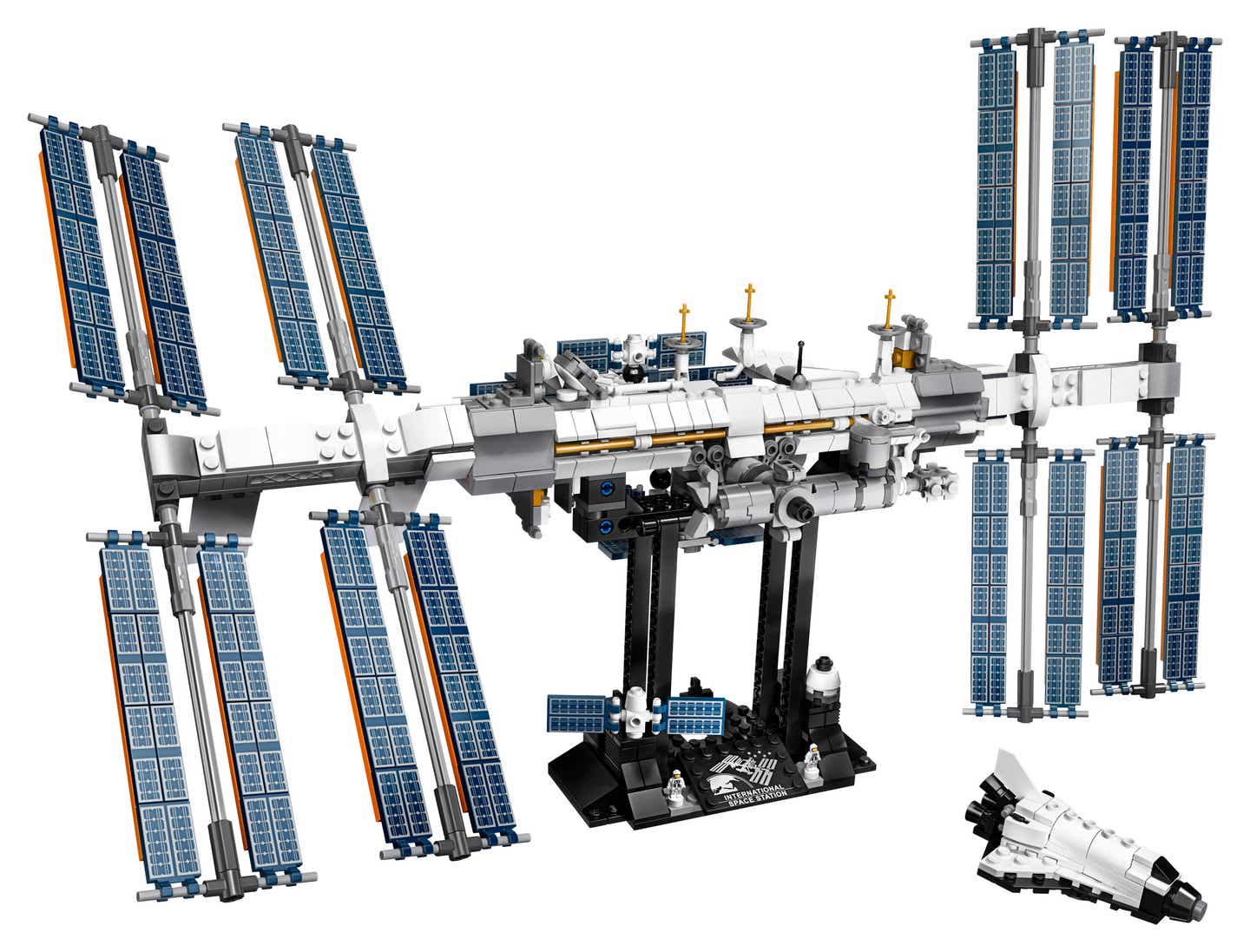 Recently announced, LEGO is releasing an International Space Station model scheduled to be available on February 1st. That is THIS SATURDAY. The set is another addition to a slew of space sets that have been released recently.

The set is a realistic model of the International Space Station being released in celebration of the Lego Ideas Program’s 10-year anniversary. The Lego Groups Engagement Manager Hasan Jensen commented, “To celebrate 10 years of crowdsourcing and collaboration between LEGO Ideas and LEGO fans around the world, we decided to dive into the archives of LEGO Ideas projects that had gathered 10,000 supporters but hadn’t quite made it into production.”

This newest addition to the space related sets, the ISS set will include 864 pieces and is rated for ages 16+.  To learn more, visit the LEGO site.

LEGO has released nine other space LEGO sets in the past. Let’s take a look.

This set includes a variety of LEGO mini-figures, astronauts and scientists, as well as a rover, a rocket, and a variety of assembly and transport buildings and equipment to use.

This was one of last years’ most popular collectibles in the science community, and it is STILL sold out on the official LEGO website. This set comes with a meter-high model of the Saturn V rocket, 3 astronaut micro-figures, a lunar lander and a lunar orbiter.

If you’re looking for a simple and fun set, look no further. At only 837 pieces, this rocket and control set is for everyone. Includes 6 mini-figures including two astronauts and a robot, a NASA inspired rocket, and a control tower.

Released for the 50th anniversary of the first moon landing, this set is a great way to remember past accomplishments and inspire future ones. Includes a detailed replica of the lunar lander, two astronaut minifigures, a landing pad, and an American flag.

This simple set comes with four LEGO minifigures and a robot, a small space station, and shuttle. This is a great introduction to larger space sets or to test your abilities if you are new to LEGO.

This is a NASA- inspired research shuttle and rover set that includes a space shuttle with a variety of features, a Mars rover with accessories, and two astronaut mini-figures.

This pack includes 14 space and science related mini-figures, a robot, a G-force machine, and additional space related accessories. This is a great addition to invest in if you plan on collecting all the LEGO space sets, or even if you need to replace lost figures.

This Lego City set is another NASA inspired space set. Included is a Rover, testing equipment and two mini-figures. This is a great started set on its own or as an additional rover to one of the other larger space sets.

The smallest of the space sets, this set includes one mini-figure astronaut, a simple satellite, and a small shuttle.

LEGO has truly made a set perfect for any and all needs and users; there are collectables, complex, and simple sets. Did you see any that caught your interest? Let us know down in the comments or reach out to us on Instagram or Facebook!

In this article:Featured, Gifts, Lists, Toys