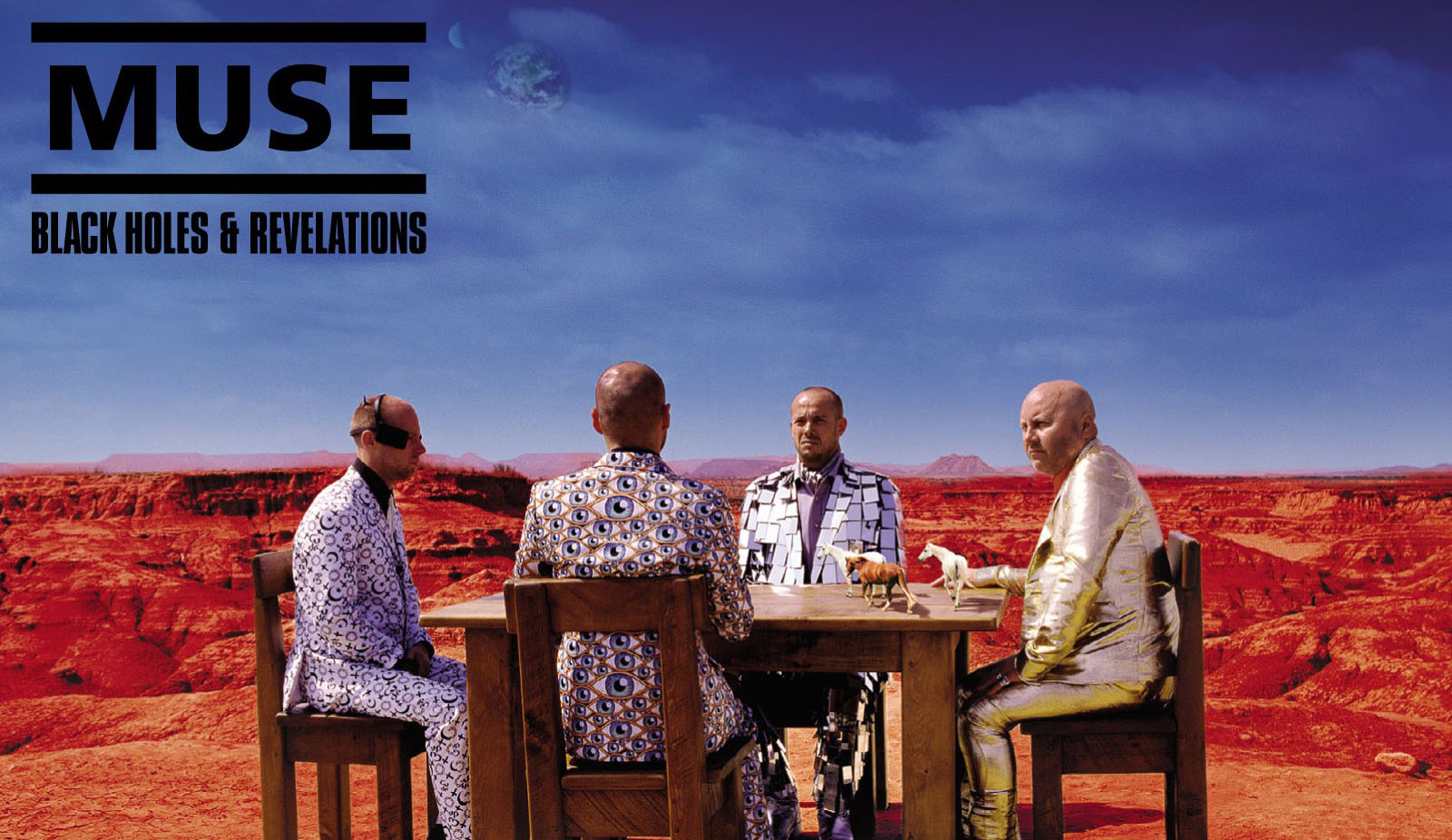 If you’ve listened to a few alternative rock playlists or radio stations anytime between the year 1994 and present day, there’s a pretty good chance you’ve heard some famous lyrics from the legendary and Grammy-award winning progressive-art-rock band, Muse.

Even on their Wikipedia page, lead singer Matt Bellamy and the gang have the original title of “space rock” listed as one of their genres.

And with song titles like “Supermassive Black Hole,” “Starlight,” “Neutron Star Collision,” a Second Law tour, and even an entire album called Black Holes and Revelations, it isn’t hard to guess that these dudes are a bunch of space cases. But the next time you tap your feet to the rhythm of whichever one’s your favorite, here’s a bit of science to help you understand what inspired them.

Even the album title sheds some light on the mathematical concept of having a graph unchanged when reflected across the x and y axis. “Space Dementia,” the song, is a piano-driven composition that expresses emotional frustration being in love with a person who can’t say they feel the same way. Comically, it even features distorted recordings of Bellamy zipping his fly up and down. But Space Dementia, the scientific concept, is the term NASA uses for the mental condition astronauts are said to experience when they’re out in space for long periods of time, able to see Earth but feeling ignorant and isolated from the human race. It’s an “on the outside looking in” sort of thing.

“Starlight,” a personal favorite, was born to the album Black Holes and Revelations, to which the band credits the inspiration from the mysteries of the Universe. Bellamy himself said that black holes and revelations are the two areas of songwriting for him “that make up the majority of this album. A revelation about yourself, something personal, something genuine of an everyday nature that maybe people can relate to. Then the black holes are these songs that are from the more… unknown regions of the imagination.” Black holes, as you know – or rather, don’t know – are super-science phenomena where these dense regions of space are have such strong gravitational pull that nothing, no matter, no radiation, no light, can ever escape. They’re rare to find and difficult to study. So as popular of a topic they are, we still don’t know a whole lot about them.

The song, however, is a tribute to the people in our lives whom we crave to reach out and touch, but can’t, when distance and proximity play a factor. Light only travels at 300 million meters per second (~670 million miles per hour). That sounds like a lot, but when we have distances far greater than 300 million miles and beyond between Earth and our neighbor stars, light is actually pretty slow. When you look up at the night sky, most of the stars you see are ghosts. In real time, they could be dead, dim corpses. But the twinkle we see is just the light still on the way to reaching us. If we stuck a gigantic mirror some billion miles away from Earth and took a look into it, we’d be seeing dinosaurs. This is because the light from the reflection is still traveling, and could only go so fast. Talk about a long-distance relationship.

Another reference to black holes, this song is about the ones that are really, really big. But through the Muse lens, it’s actually a song about the sensual pull that women have on the world.Yes, we’re talking Beyonce “girls run the world” type-stuff. Bellamy connotates women in this song as “this gigantic black hole that you powerlessly get sucked into.” Whether it’s feminist of the band or not could probably be argued both ways. Either way, whether we’re talking science or romance, there’s some real attraction going on here.

In this song, the album takes two small detours in the directions of politics and science-fiction. It paints the story of a trade agreement between the government and extraterrestrials, regarding advanced technologies. It questions the possibility of an orchestrated alien invasion created by the New World Order, or whether our officials ever use the paranormal as a method of covering secret “black” projects. Very Area-51-ish. Even though none of the above have ever been proven as reality, it’s still a fun groove-number that makes some of us look up and wonder.

Another song that isn’t directly related to astronomy but still holds a title in the world of science would be this fast-paced, energetic composition. Amongst other things, the message this song sends essentially is “if you can’t beat them, join them.” A fundamental subject in biological science is the concept of natural selection, which theorizes that the strongest animals can adapt and reproduce even in a new environment, while the weaker ones fail to adapt and die out. The contrast between the textbook definition and Muse’s spin on the subject is fairly easy to see. We live on a planet where things certainly depend on the survival of the fittest. Sometimes, the rich get richer, the poor get poorer, and the middle get squeezed out – a point the song deliberately intends to make.

Here we have another song with its own branch of science, this time, being chemistry. Often referred to as one of the band’s heaviest songs, this one carries the real and serious message of alcohol addiction. The lyrics describe the physical and emotional feelings that come with the lifestyle that is spent under the influence. However, when I hear lyrics like “warm my heart tonight,” and I remember the title of the song, I can’t help but think about the states of matter: solid, liquid, and gas, all dependent on exothermic temperatures.

This song is one that was purely dedicated to the beloved teen film franchise, Twilight, and sticking to the romantic theme, it carries the weight of a “memory that used to be.” Neutron stars are thought to form by the gravitational collapse of a massive star after a supernova explosion, too big to simply die, but too small to turn into a black hole. Speaking in relationship terms, this is something we have probably all experienced at one point. Bellamy wrote the song shortly after a signifiant break-up – a collision, have you – feeling the turmoil of losing something important, with debris that still linger for a while afterwards. On a more positive note, when two neutron stars do collide, they can sometimes create some incredible things like 200 Earth-masses of pure gold, or 500 Earth-masses of pure platinum. So next time he or she breaks your heart, be sure to request your 200,000 metric ton golden ring.

In the world of science, the Second Law can go one of two ways: the second law of motion, or the second law of thermodynamics. The Second Law of Thermodynamics states that the state of entropy over the entire Universe can only increase, never decrease. This was put into perspective using the concept of a wood chipper in my post about white holes. The Second Law of Motion states that the acceleration of an object depends on net force and mass. The tour, however, refers to the former. The decision to name their tour after this scientific law was based on the fact they had been living the rockstar lifestyle for over a decade at this point. The bassist for the band, Chris Wolstenholme, shares in an NME interview that their longest break was six weeks in a twelve-year period. It’s only fitting they name this journey after an infinite string of energy.

Who knows, maybe the trio were a group of physicists or astronauts in their past lives? What’s evident is that they love their space, know their stuff, and can write some pretty catchy and meaningful music. I’ll always lend my thanks to my favorite band, the very aptly named Muse, for a cosmos’ worth of inspiration.