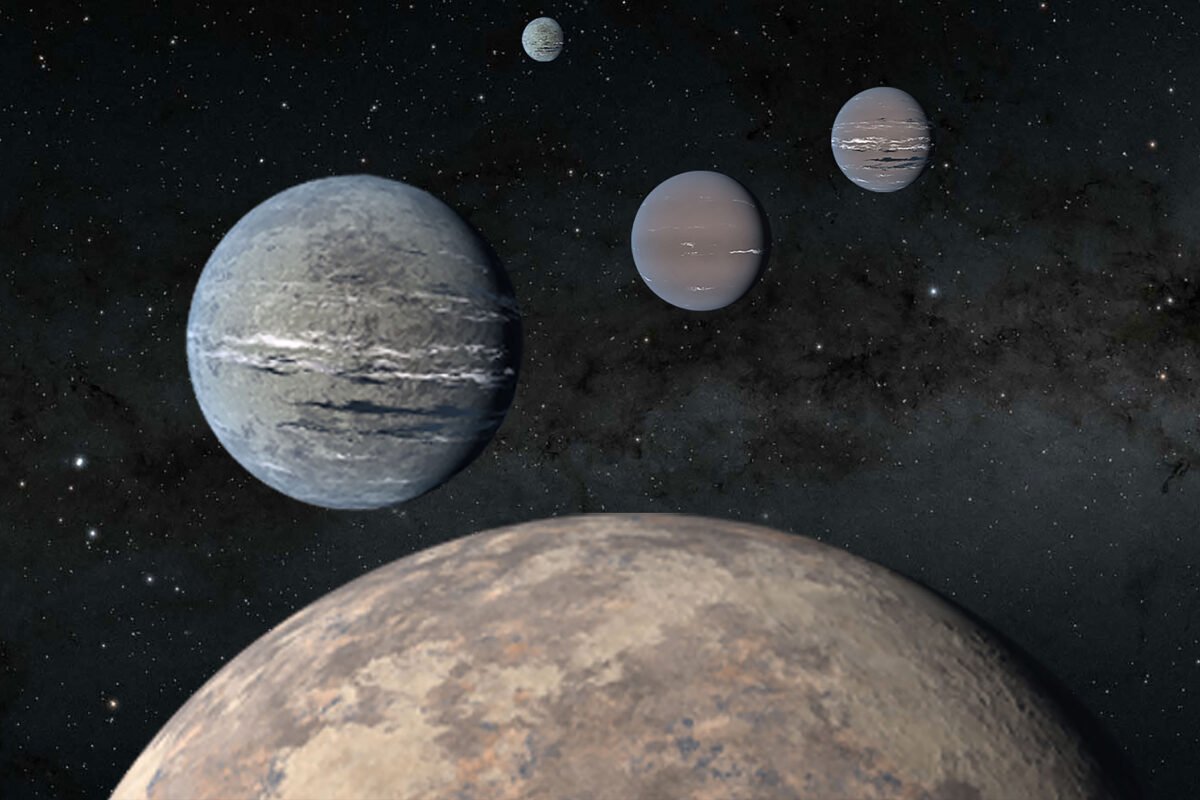 Illustration of the planetary system around TOI-1233. Credit: NASA/JPL-Caltech

Two teens have helped in the discovery of four new distant planets by participating in the Student Research Mentoring Program (SRMP) at the Center for Astrophysics | Harvard & Smithsonian (CfA). Through the program, high-school students work on independent research projects under the guidance of Harvard astrophysicists.

Discovering a new planet isn’t an easy job. However, there are many different ways to go about finding a new planet. A few ways include watching for wobble, searching for shadows, taking pictures, gravitational microlensing, and astrometry.

According to The Harvard Gazette, 16-year-old junior Kartik Pinglé and 18-year-old senior Jasmine Wright recently helped in the discovery of four new distant planets. Pinglé and Wright have published their findings in a co-authored peer-reviewed paper in The Astronomical Journal.

Pinglé and Wright studied and analyzed data from the Transiting Exoplanet Survey Satellite (TESS) which is a satellite that orbits the earth and collects data of nearby stars in order to detect new planets. In their observations, the team looked toward TESS Object of Interest (TOI) 1233, which is a star, in hopes of finding planets in the vicinity.

They were excited to find four planets orbiting TOI-1233. Of the four planets, three are sub-Neptunes which are gaseous planets similar to our own Neptune. The other planet they found is a super-Earth planet meaning it is rocky and large.

With such an amazing research opportunity and scientific discovery so early in their academic career, the two high school scientists are sure to have a bright future head, no matter what field they eventually decide to pursue.

Next: Death of a Distant Galaxy Observed by Astronomers