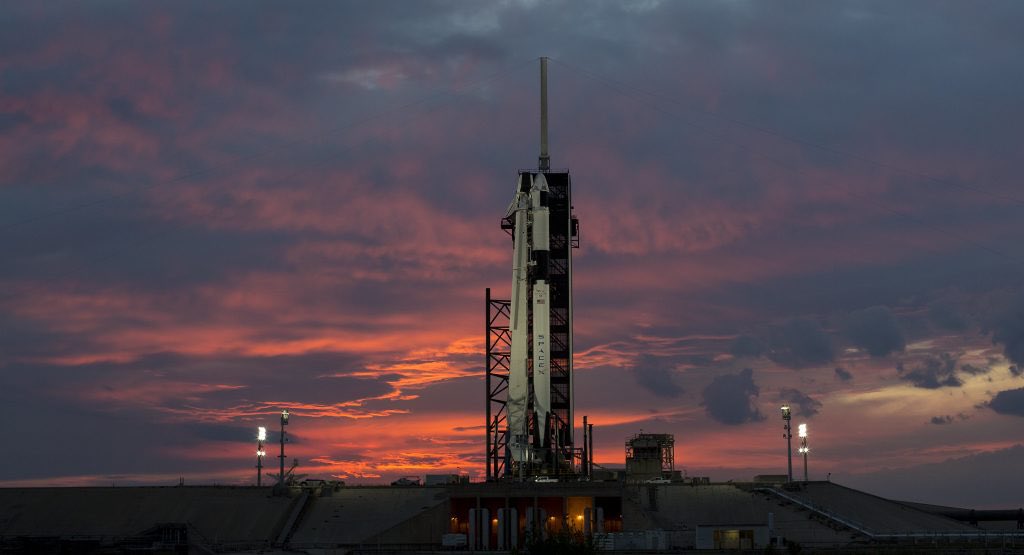 Originally planned for an 8 AM launch, SpaceX’s most recently scheduled launch was scrubbed due to inclement weather in the area.

The test planned by SpaceX is one that will test the Crew Dragon’s ability to separate from the Falcon 9 rocket. While the test will be performed without any crew members aboard, the Crew Dragon is a spacecraft designed to hold and transport Astronauts to Space.

At 7:21 AM on Thursday, two days before launch, the NASA Commercial Crew Twitter account announced that both NASA and SpaceX were GO for launch with weather at 90% favorable conditions.

However, at 5:01 AM on Saturday morning, SpaceX updated that the launch had been scrubbed due to “sustained winds and rough seas in the recovery area.” The update was made three hours ahead of the 8:00 AM launch window commencement.

In preparation for the launch, commercial crew astronauts Bob Behnken and Doug Hurley suited up in the newly designed SpaceX pressure suits on Friday. They performed a rehearsal of a launch aboard the Crew Dragon in preparation for future trips to space.

The In-flight Abort Test has been rescheduled for a target launch on Sunday, January 19 at 8:00 AM ET. Visit SpaceX.com to watch a live stream of the launch.