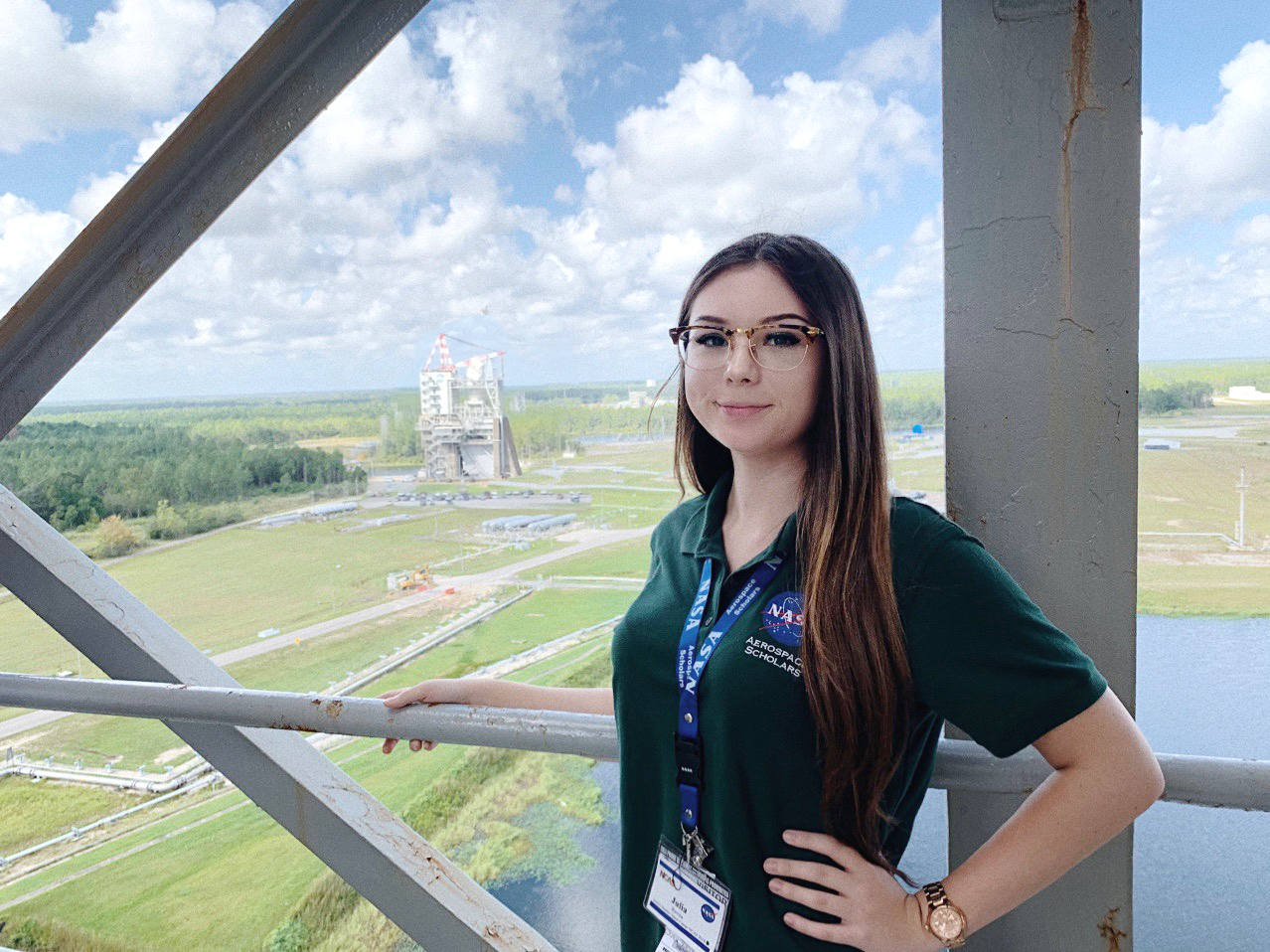 Earlier this month, I traveled all the way from Southern California to NASA’s John C. Stennis Space Center in Hancock County, Mississippi, to meet up with a team of strangers who share a similar interest in advancing space exploration. To pursue this, I needed to take a break from my classes in the middle of the term. I left home and gathered everything I need to travel across state boarders on my own, for the very first time. I spent my Summer consumed by books, equipment manuals, Skype calls, and a detailed research project proposal.

The catch is that this wasn’t exactly for an internship, scholarship, nor social event. But what happens when you cross all three?

You get NCAS – the National College Aerospace Scholars program, an educational experience for undergraduate college students interested in exploring careers in science, technology, engineering, and mathematics.

The process is simple. Apply here and forward NASA your college transcript, recommendation letter, and a brief essay. Then, if selected, beware! The next month and a half will be spent intimately with your computer as you engage in literature, networking with NASA experts, and communication with your mentor for the end goal of completing a detailed and meaningful research proposal.

But don’t sweat it yet – once the online segment of the program has completed, you’ll spend another half-month or so waiting on an answer to whether you’re accepted to pursue your project onsite. In my case, I earned a perfect score across all units, so NASA emailed my boarding pass and I was on a plane headed for Stennis.

As part of the onsite program, NASA pays for selected students to travel, take an insider look at NASA missions, personally network with NASA scientists and engineers, collaborate on a science project, and develop a presentation to showcase the results to a panel of judges (aka rocket scientists, no big deal) – a major reward for a few weeks’ worth of enthusiastic effort.

SkyFeed has provided me with various opportunities for field work, from partying with Bill Nye under the Space Shuttle Endeavor, to watching a Martian rocket launch. But nonetheless, I’m still just an undergrad college girl, and Stennis was a big change of scenery.

First of all, it was in Mississippi – somewhere I’d never been before and has stark contrast to concrete suburbs of Los Angeles. It was green. So green. I reflected on a Stephenie Meyer, Twilight quote: “It was too green – an alien planet.”

Right off the bat, NCAS students were divided into four teams of roughly ten members each. From there, we had to divvy up roles and responsibilities, develop and test a prototype rover for identifying Martian rock samples, manage a budget, and come up with a plan for communications and outreach. I study Physics, but maintain my expertise in journalism. So when it came time for my team, Viridi – the green (and the best) team – to develop a project infrastructure, I volunteered a non-technical role as the public affairs lead, occasionally contributing to the technical side of things.

Everything worked out relatively well in the end.

Out team mentor, Clyde Sellers, an IT Security Specialist at NASA, rallied in on the last day and delivered an eloquent speech during our final presentation. After eight-hour days at the center, every night was spent analyzing data in the hotel lobby and running off four hours of sleep to do it all over again. Coffee ran through my veins. My laptop charger was pinned to my hip. I definitely fell asleep on the shuttle bus at least once.

The Stennis Center is NASA’s largest testing facility, and plays a major role in projects dating from the Saturn V to the new Space Launch System which will carry humans and robotic explorers to Mars and deep space. In addition to work at the center, all students were given a private, classified tour of its Aerojet Rocketdyne facility – where they build rocket engines – and access to the tip-tops of the test pads like the A-2 – where they test the rocket engines (pictured above).

What signified the trip isn’t the hard assets and resume experience; it’s the soft assets, like connections I made with NASA engineers, workshops by inspiring speakers, and the lasting relationships I made with the members of my team.

The greatest takeaway for me personally was that affirmation. My project proposal was an eleven-page report on why we should send robots to study volcanic activity on Mars. Within a region called the Amazonis Quadrangle lies a shield volcano titled Olympus Mons. Not only is it the largest of its kind in our entire Solar System, but also a collection of other extreme features that raise an interesting question: has its life ended, or is it simply a sleeping giant, preparing for a future eruption and further growth? My proposal’s main objectives are to investigate seismic activity, study the geochemical composition of its youngest lava flows, and determine the planet’s potential for future volcanic activity. It’s a Martian Amazonis Research Yield mission – a project I so delightfully nicknamed MARY.

Prior to NCAS, I hardly had surface-level knowledge on how volcanic systems worked or what made Martian volcanoes so special. This gave me incentive to research, which I found as thrilling as it was challenging. Working on something so interesting and important truly solidified the passion I have for space science. There is a place for me at NASA.

“We want to have a diverse workforce at NASA,” said Susan Cooper, an Education Operations Manager at NASA.

“So we want to reach those populations that might be underrepresented in our workforce and give them an opportunity to have a NASA-unique educational experience in order to inspire and engage them in the pursuit of STEM careers.” NCAS certainly offered me a peak at something new and exciting. Now, I feel like I can offer a different perspective.

In this article:Featured, NCAS