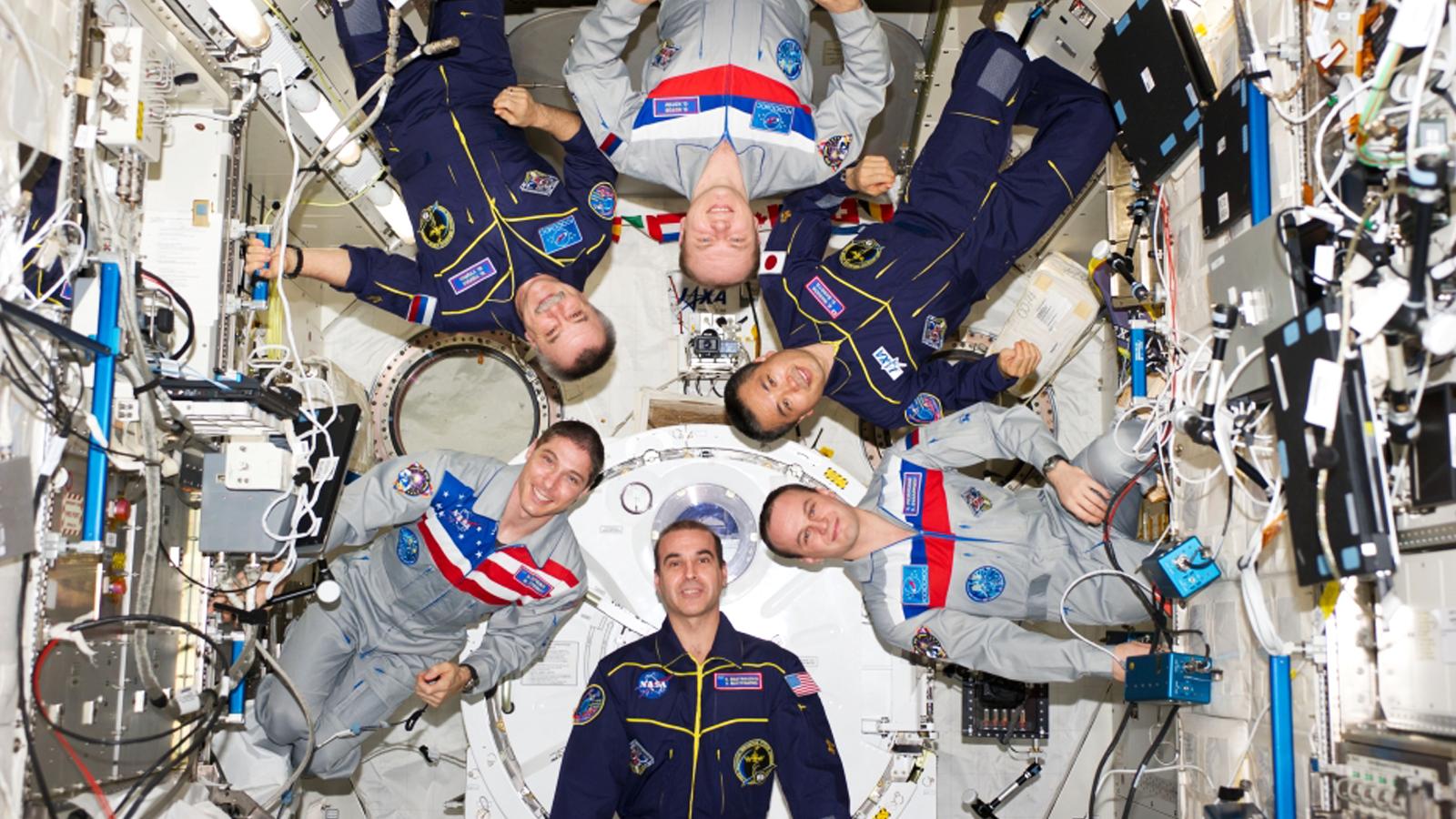 The most exciting day for anybody who wants to travel into space is the day they’re selected to be an astronaut candidate. Then the real work begins. It can take up to two years of training to become a fully qualified astronaut, and candidates must learn the basics of space shuttles, jets, the International Space Station (ISS), and how to cohabitate with several others on a football-field sized ship for a period of time without any real showers, toilets, or bedrooms.

Before they can fly in space, astronauts must undergo hundreds of hours of training.

First, newcomers who want to qualify as astronauts have to pass a one-year course of basic training. They learn about space technology and science, and many other subjects as well such as basic medical skills, scuba diving, public speaking, and survival training.

Afterwards, they go onto another year of advanced training, where they learn in more detail the various parts of the ISS, the experiments and the transport vehicles, and the involvement of ground control. Once that’s completed, then they can be assigned to a mission. Working as much as possible with the other members of the crew, they learn about the special tasks linked with their mission and how to become familiar with weightlessness doing parabolic flights.

In order for astronauts to get a feel for what they will be doing in space, they practice on life-sized models. These models are called “mock-ups” within the Space Vehicle Mock-up Facility, where they practice using the Space Shuttle Orbiter and parts of the ISS. In these mock-ups, astronauts will learn how they will move about.

They also practice the feeling of weightlessness by taking flights aboard the aircraft KC-135. This plane is also known as “Zero G,” the Weightless Wonder, or my favorite – the Vomit Comet. It provides about 20-25 seconds of zero gravity, and sometimes, can induce motion sickness.

Over several years, the astronauts get to know each other very well as they visit training centers in the USA, Russia, Japan, Canada and Europe. This may involve learning a foreign language, as well as getting to know about the scientific experiments and special activities on the mission.

It may not compare, but if you’ve ever wanted to be an astronaut from home, NASA has provided a step-by-step outline on how to train and research in your own living room.

And once you’ve mastered the physical tests, you can begin to practice work as an actual scientist. Astrophysicists spend the vast majority of their time programming. Most people assume that we spend all of our time at telescopes, but that’s only a very small fraction of the job, if at all. There are some observations, but once you get the data, you have to reduce it (like, take out the bad parts and process it for real information), usually combining it with other data in order to see the whole picture, and then write a paper about your findings. Since each observation typically yields data from multiple stars, you don’t need to spend all of your time at the telescope to have enough work.

In other words, many astronomers, engineers, and other space-scientists truthfully run a desk job (go figure). But this is no bad thing regarding ethical work; any career that pushes the envelope on what we know about the cosmos is a great one. It’s only bad for your back! However, there’s a solution that may help. Standing desks are neat alternatives, and are even better when accompanied with products such as the ErgoDriven standing floormat, Topo, which is popular among desk workers and can significantly encourage movement on your feet when stationed in one area for a period of time. This can boost your mood, your circulatory system, energy, overall health, and protect your back from poor posture.

Meanwhile back in space, astronauts feel far more serious effects of spaceflight on the human body. Long-term weightlessness can induce muscle atrophy and deterioration of the skeleton, a slowing of cardiovascular system functions, decreased production of red blood cells, balance disorders, eyesight disordersand a weakening of the immune system. Yikes.

In recent years there, has been an increase in research on the issue of how humans can survive and work in space for extended and possibly indefinite periods of time. This question requires input from the physical and biological sciences, and has now become the greatest challenge (other than funding) facing human space exploration. A fundamental step in overcoming this challenge is trying to understand the effects and impact of long-term space travel on the human body.

Unless you plan on traveling to space within the next year, you’re probably okay. And until then, you can have your hands full with training from home, anyway.