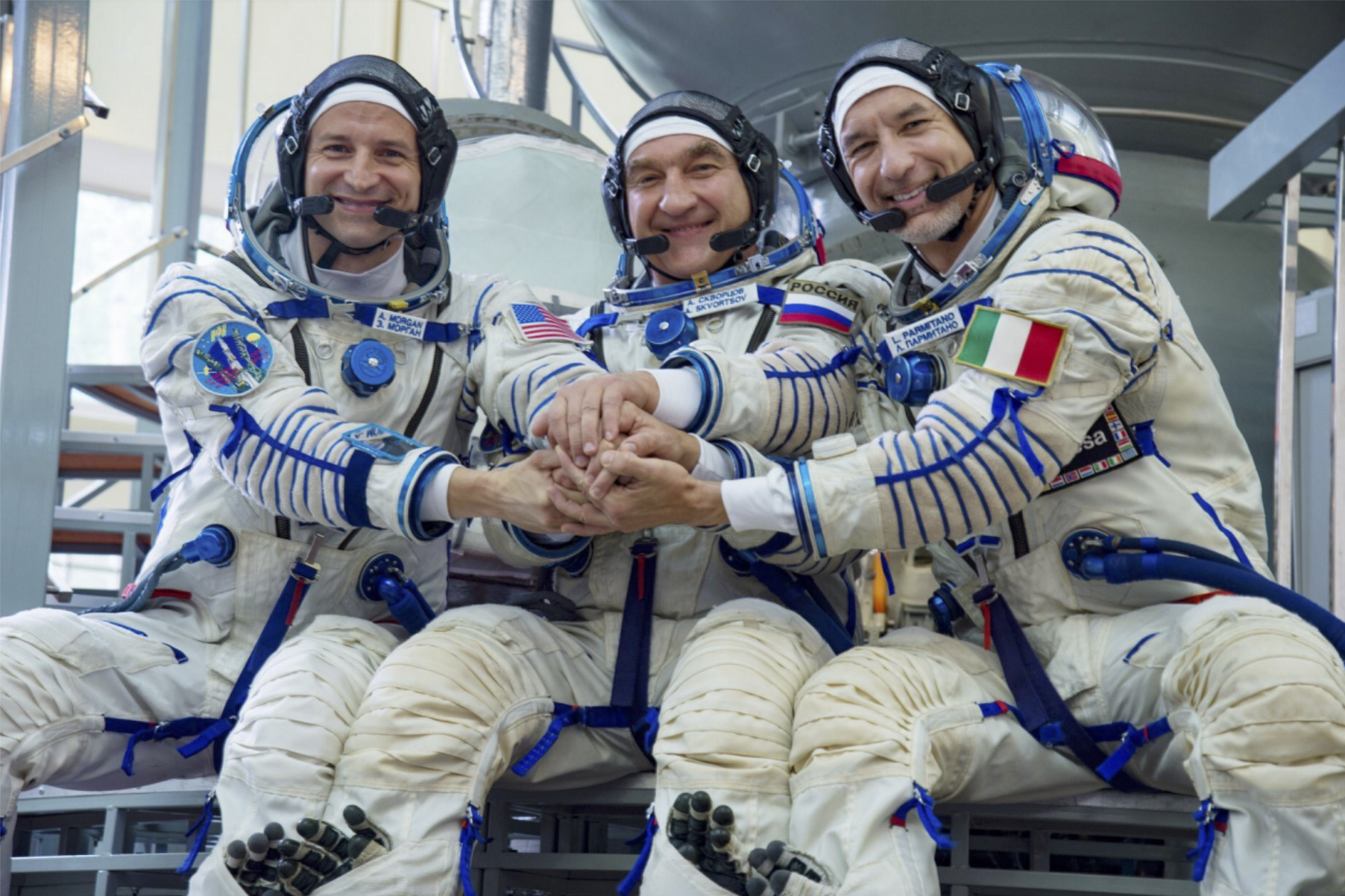 Rocket launches are fun to follow and exciting to watch. However, a lot of the time we forget what the missions are actually accomplishing because we’re so (validly) caught up in the excitement of how we’re now getting into space. In an effort to redistribute some of that launch excitement back to the missions, let’s take a look at the astronauts that will be launching into space this month and learn more about them and their mission.

Later this month, on July 20th – the 50th Anniversary of the Apollo Moon landing – astronauts Andrew Morgan (NASA), Luca Parmitano (ESA), and Alexander Skvortsov (Roscosmos) are planned to continue with Expedition 60, which started early this year. They will be the second round of astronauts for the mission, and will be joining fellow Expedition 60 astronauts Nick Hague (NASA), Christina Koch (NASA), and Alexey Ovichinin (Roscosmos) aboard the International Space Station where they will live and work on important experiments until early 2020.

Expedition 60 is a research expedition with the goal of exploring ways to improve human spaceflight in preparation for future trips to the Moon and Mars.

Mission experiments include evaluating the effects of microgravity on 3D printed organ-like tissues;, examining the physical interactions of liquid, rocks, and microoganisms;, and analyzing how liquid spreads and penetrates on porous surfaces.

Andrew Morgan of NASA is an emergency physician in the U.S. Army with a specialization in sports medicine. He will serve as a flight engineer for Expedition 60 and Expedition 61. In a recent episode of the official NASA podcast, Houston We Have A Podcast, Morgan expressed his excitement for his upcoming mission: “The most important thing that we’ll be doing on board the ISS is running science payloads… I’ll be one of the last subjects for fluid shifts. And that is a really interesting study to me. It involves a lot of ultrasound, which was an interest of mine in my medical career as well. And so I’ll be participating in that, and that will be quite an investment of my time while I’m on board.”

Luca Parmitano of the European Space Agency is an Italian astronaut who trained to be a pilot with the U.S. Air Force in the Euro-NATO Joint Jet Pilot Training program. He holds a master’s degree in experimental flight test engineering, and will serve as a flight engineer for Expedition 60 and as the International Space Station Commander for Expedition 61. Additionally, he’ll be the first Italian to serve as an ISS Commander!

Of his goals as an astronaut and hopes for the future, he stated in an interview with EuroNews: “Nothing stops me from dreaming that one day I can go to the Moon and maybe land on it to perform some experience. We will learn what we need to invent and create to go even beyond.”

Alexander Skvortsov of Roscosmos has participated in two other missions as a cosmonaut, and is planned to serve as the International Space Station Commander for Expedition 60 and as a flight engineer for Expedition 61.