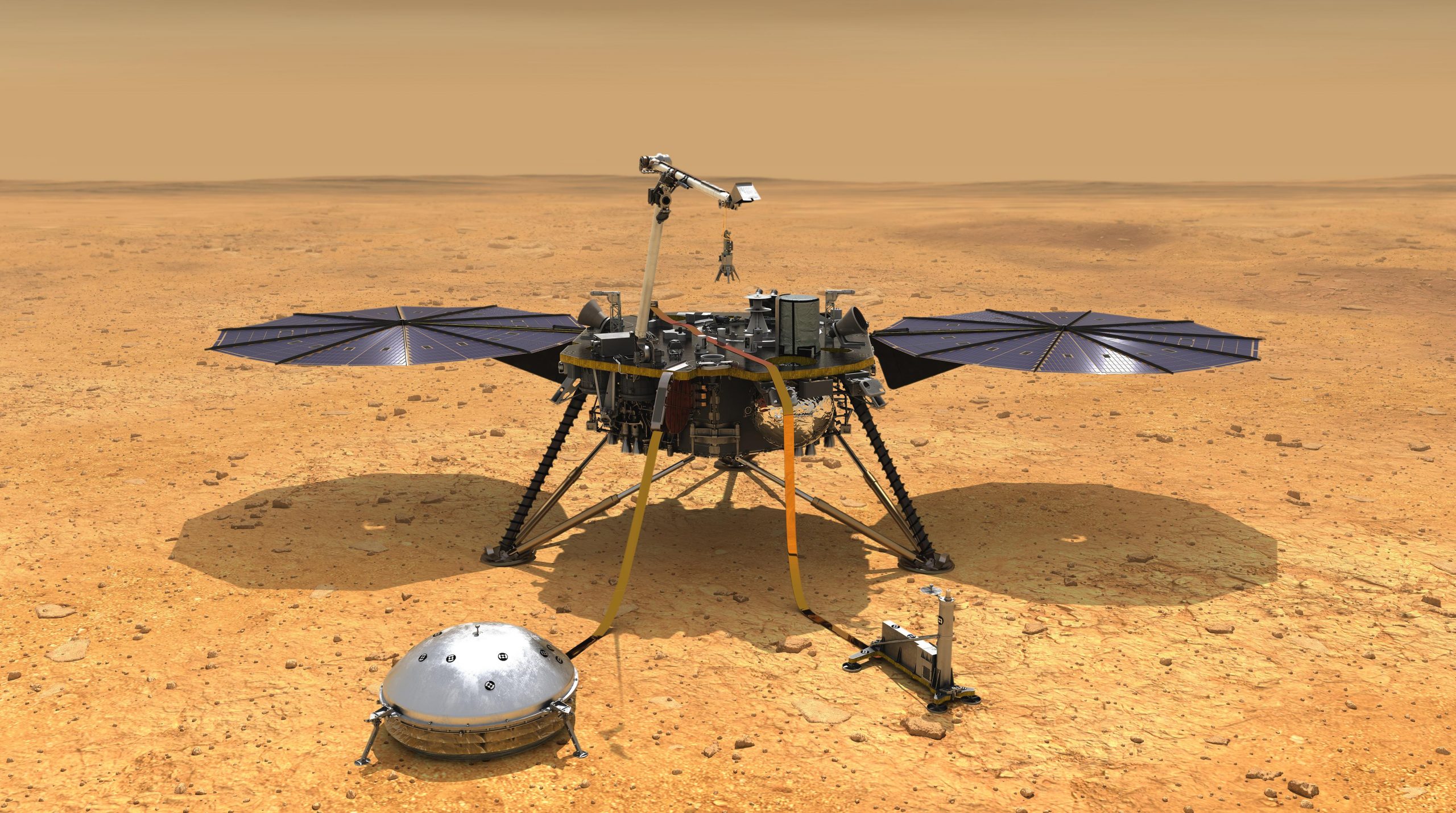 When NASA’s next mission to Mars blasts off in May, it will become the first spacecraft launched from California to travel to another planet.

InSight (Interior Exploration using Seismic Investigations, Geodesy and Heat Transport) is a NASA Discovery Program mission that will place a single geophysical lander on Mars to study its deep interior.

And it’s far more than just a Mars mission; it is a terrestrial planet explorer that will address one of the most fundamental issues of planetary and solar system science – understanding the processes that shaped all the rocky planets of the inner Solar System, including Earth, more than four billion years ago. It is the first to study the Martian underground and marsquakes, and of course, it is also the very first Mars launch from the west coast!

By using sophisticated geophysical instruments, it will delve deep beneath the surface of Mars, detecting the fingerprints of terrestrial planet formation, as well as measuring the planet’s “vital signs” like its pulse, temperature, and reflexes. It’s basically the first thorough check up since the planet formed four and a half billion years ago.

One goal is to help planetary scientists understand how a “a ball of featureless rock”  becomes a planet that may sustain life.

Scientists have seen a lot of evidence suggesting Mars has quakes. But unlike quakes on Earth, which are mostly caused by tectonic plates moving around, marsquakes would be caused by other types of tectonic activity, such as volcanism and cracks forming in the planet’s crust. In addition, meteor impacts can create seismic waves, which InSight will try to detect.

It is scheduled to launch this coming May, under pre-dawn skies from the Vandenberg Air Force Base on the central coast of California.

The mission’s launch period begins at approximately 4:00 AM Pacific Standard Time on May 5th, and will extend to June 8th, with daily launch windows that last two hours per day. Launch opportunities are set five minutes apart during each date’s launch window, and the first one will take off from Launch Complex 3 atop an Atlas V-401 rocket, provided by a joint venture of Boeing Co. and Lockheed Martin Corp. It had been on track to launch last March, until a vacuum leak in its prime science instrument prompted NASA to suspend preparations.

The Vandenberg Air Force Base in Santa Barbara County became the first choice because of how congested other launch sites, such as the Kennedy Space Center in Florida, have become in recent years.

“We have twice as many launches out of Kennedy as we do out of Vandenberg,” said Tim Hoffman, InSight project manager at the NASA Jet Propulsion Laboratory. “It allowed us to more easily get a 35-day launch period.”

The launch is only the beginning; the 301 million mile (485 million kilometer) journey to Mars takes about six months, and is expected to operate on the planet for at least 26 months – or one Martian year.

And if you’re subscribed, you’ll be the first to hear about it.