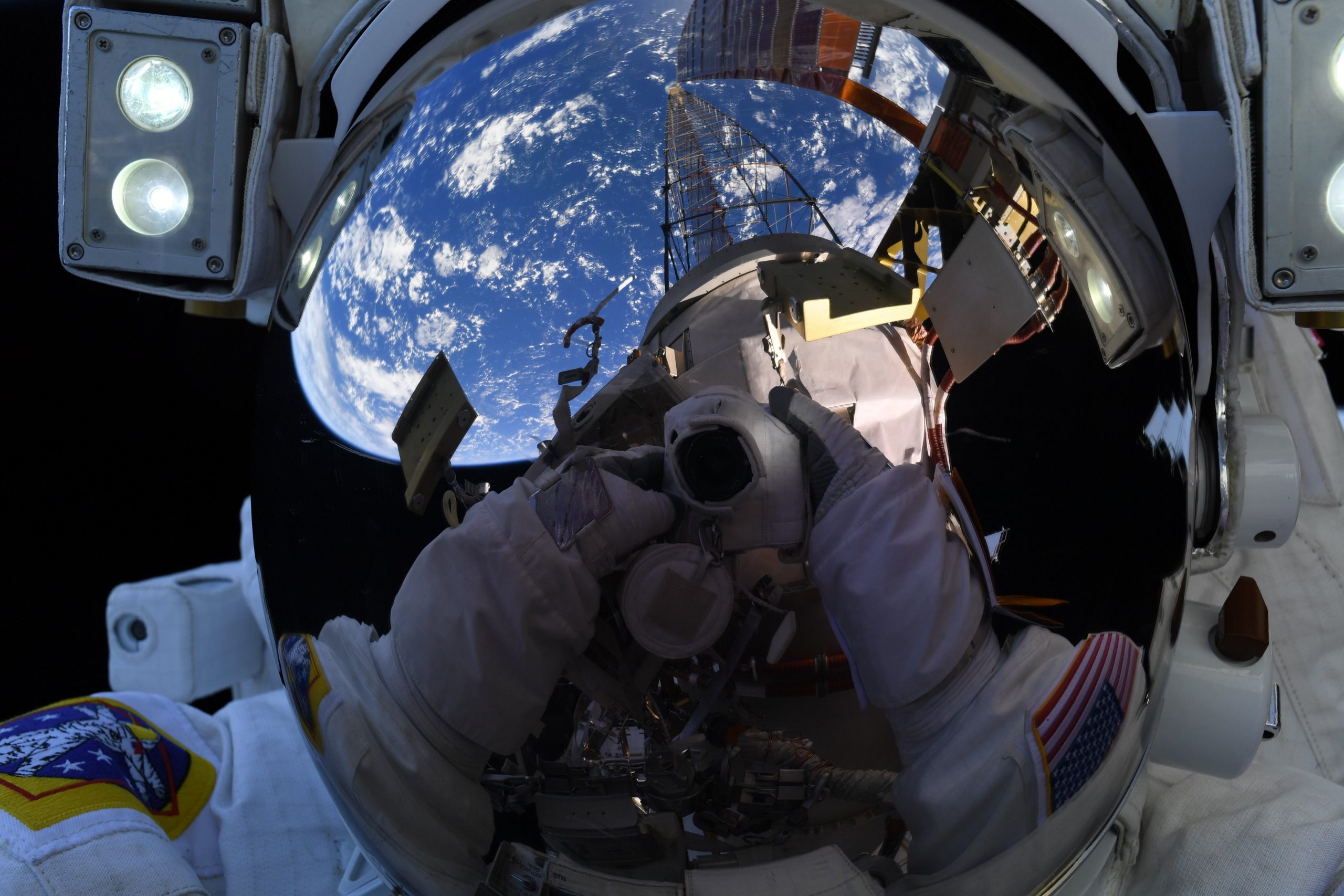 Have you ever wondered what it would be like to look out into space as an astronaut? There are many pictures taken by astronauts in space, that show that amazing point of view. And, this morning Astronaut Mike Hopkins added to the collection.

In a Tweet Hopkins shared a selfie taken in space. In the photo, we can see the reflection of himself with the Earth all reflecting off his shiny space helmet. Also visible in the photo is a small piece of the ISS, the upper pieces of his spacesuit, and the curvature of the Earth! The view, according to Astronaut Hopkins, “Takes your breath away!”

Mike Hopkins graduated from The University of Illinois with a Bachelor of Science in Aerospace Engineering and from Stanford University with a Master of Science in Aerospace Engineering. He has a long history in the military, where he has served in the Air Force since 1992. In 2020, he voluntarily transferred from The U.S. Air Force to The U.S. Space Force. His first trip into space was during Expedition 27/28 in 2013/2014. He is currently serving as Flight Engineer on the International Space Station for Expedition 64.

Would you like to go to space and take a selfie with the Earth? It would be such a rare experience! Let us know down in the comments what you would do in your space selfie!