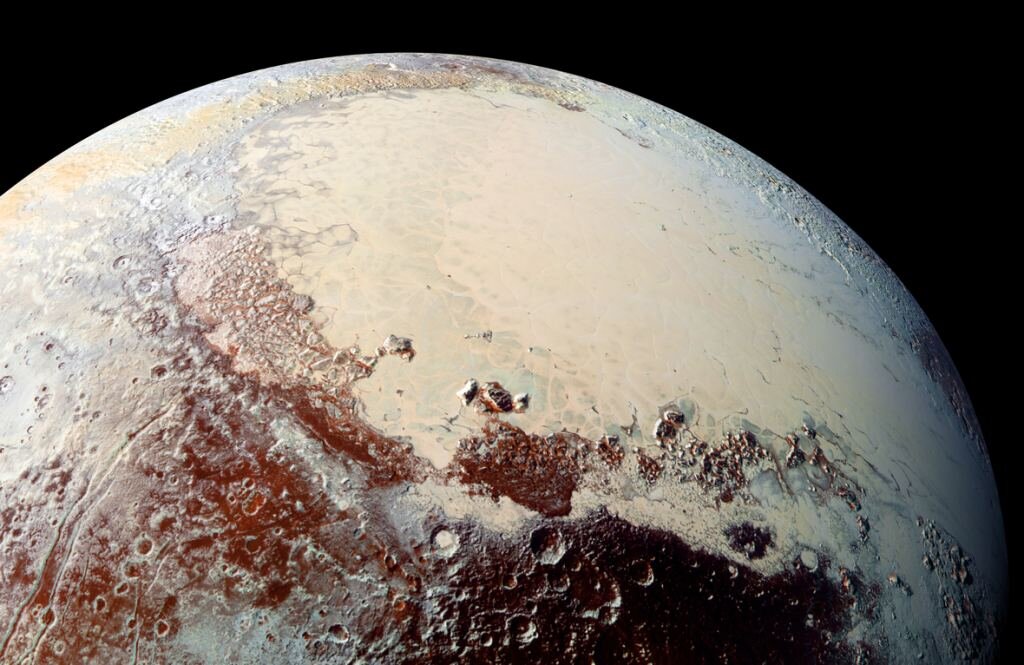 Our favorite dwarf planet may have an ocean hidden beneath its surface! Thought to be a cold, unassuming demoted planet, Pluto has been a big mystery since it was discovered in 1930.

That is, it was a big mystery until the recent New Horizons Mission which launched a probe toward Pluto so we could study it-depth.

New research published by Nature Geoscience about the dwarf planet’s thermal evolution suggests that Pluto (and other dwarf planets) may undergo a “hot start” formation method. The scientists behind the study, Carver J. Bierson, Francis Nimmo, and Alan Stern have compared previous possible evolutionary models with data collected from the New Horizons mission.

Cold Start – The assumption up until recently was that Pluto’s surface formed through a slow process by which it warmed and cooled repeatedly.

Hot Start – The new theory is that the Pluto actually formed as it’s ice quickly over a shorter period of time, took a pause, and then started to form another layer. It’s during that pause that the below-surface ocean could have formed.

What Does This All Mean?

This new evidence from the New Horizons Mission suggests that it is possible that a hot-start evolution of Pluto’s ice shell could have formed an ocean under the it’s crust. The scientists argue that other large dwarf planets like Pluto could have gone through the same process. And where there’s water, there could be life.

The paper ‘Evidence for a hot start and early ocean formation on Pluto’ by Bierson, Nimmo, and Stern can be found at Nature Geoscience where it was published on June 22, 2020.